Today a large international consortium of researchers published a complex but important study looking at how DNA works in animals. The research focused on a marine organism, a creature called amphioxus (also known as “the lancelet”), to explore some of the steps that took place as animals evolved from invertebrates (animals without a backbone) to more complex back-boned vertebrates, including us humans.

Ozren Bogdanovic is one of the lead authors of the study.

What is this animal, and why do you work with it?

The creature is called Mediterranean amphioxus, or amphy for short (the scientific name is Branchiostoma lanceolatum). Amphy normally lives buried in the sand in the Mediterranean, in the Black Sea and along coastal beaches of the European Atlantic.

Amphioxus looks like a vertebrate (an animal with a backbone, like humans and other mammals) but lacks the specialisations of animals like us, such as a complex brain and limbs. It shares with vertebrates a basic body plan, and has some comparable organs and structures in its body.

So amphy is used in research as an example of one of the simplest animals with a backbone that has some features in common with more complex lifeforms.

Because it “sits in the middle” between invertebrates and vertebrates, it can tell us about some of the steps and developments that took place as animals became more complex over millions of years of evolution.

More simple examples of invertebrates include insects, worms and jellyfish.

What does your new paper tell us about how DNA is used in the body?

For this work we sequenced the amphy genome (all of its DNA) and generated data required to study its genes.

This study gives us an overview of layers and control mechanisms that work around genes, and how these play a role in building more complex animals.

We found that some genes that perform only very general functions in amphy are used in a much more specialised way in vertebrates, particularly in the brain.

As individual animals, both we humans and amphy have two copies of each gene in each cell – one from each of our parents. But in humans, each of those genes further exists in two versions (they are duplicated), whereas in amphy each only exists in one version.

So it seems that the existence of two versions of each gene in vertebrates is linked with the ability to create specialised tissues and functions in our bodies. 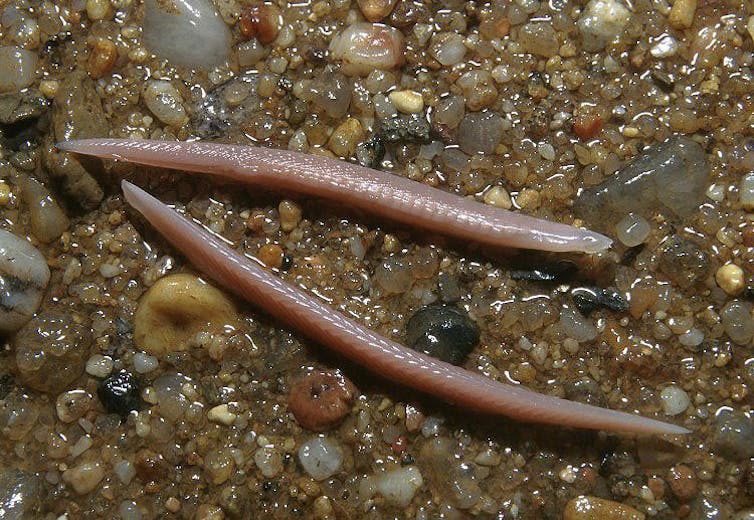 What does the research help us learn about how DNA is controlled?

One of the most exciting aspects of this new paper is that – for the first time – it shows us that for some of its genes, amphy uses a similar method to vertebrates to control whether genes are active or not.

This system is called DNA methylation. Small molecules called methyl groups sit on top of a particular part of the DNA and act like signposts that tell genes to switch off.

In more simple animals, such as invertebrates like worms and insects, methylation has been observed at very low levels. Amphy also has low DNA methylation levels in general.

But in this study we found focused sites of dense DNA methylation in the amphy DNA. In these regions, the methylation carries out functions similar to the functions in vertebrates – that is, it participates in gene regulation. This has not been observed before in invertebrates.

For amphy to use DNA methylation to control activities of some of its genes tells us that the regulatory function of DNA methylation might have evolved millions of years earlier than we initially thought.

This new finding may help us understand more about how DNA regulation works, and how it goes wrong in disease.