Feeding the world with a mix of science and tradition 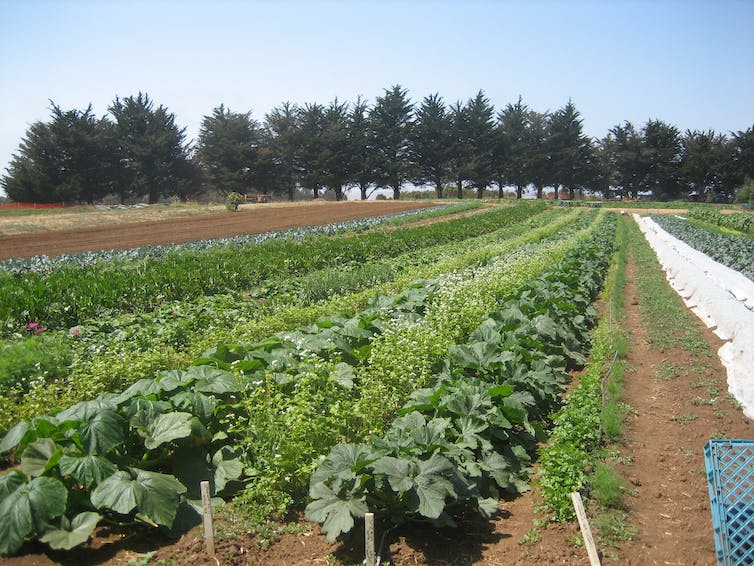 If we are going to reduce hunger in the world’s smallholder agricultural communities we need to look past genetically-engineered crops. Flickr/davidsilver

The biotech industry has long sought legitimacy by claiming that its genetically modified crop technologies are “feeding the world”. However this relentless focus on increasing food production ignores the fact that mass hunger exists alongside a huge food surplus.

To really reduce world hunger on a permanent basis, we need to embrace the ideas of food sovereignty, which highlights the politics of food, in terms of resource ownership, market control and decision-making power; and the concept of agroecology, which blends traditional farming knowledge with modern understandings of on-farm ecosystem services.

Last month, the World Food Prize was awarded to scientists from Monsanto, Syngenta and other bioengineering companies.

Sponsors of the prize (including Monsanto, Syngenta, Cargill, Archer Daniels Midlands, Walmart, and Pepsi) claim that it is “the foremost international award recognising individuals whose achievements have advanced human development by increasing the quantity, quality and availability of food in the world”.

The winners spoke glowingly on how biotechnology held “the promise of benefiting all mankind” by producing increased yields through improving resistance to insects and disease, and increasing the capacity to withstand climate extremes.

But well-known food movement scholar and activist Eric Holt Gimenez criticised the prize outcome saying it has “become a corporate celebration of self”.

The further development of biotechnologies has been openly endorsed by agricultural exporting countries, including Australia. The newly-released National Food Plan called for the expansion of genetically engineered crops in this country.

However, critics say that in over 20 years of commercially-planted, genetically-engineered crops, yield gains have been minimal.

In fact, the technology may be causing yields to fall by decreasing biodiversity and contributing to the evolution of superweeds. Herbicide volumes are now rising at 25% per year to cope with these superweeds.

Enough food is being produced to feed 12 billion people globall. But as Olivier De Schutter, the UN Special Rapporteur on the Human Right to Food [wrote when he visited Australia last year](http://www.abc.net.au/unleashed/4077824.html](http://www.abc.net.au/unleashed/4077824.html), “people are hungry because they are marginalised economically and powerless politically”.

The real progress towards reducing hunger has not been through the mass commercialisation of genetic-engineering technologies. Instead it has come through coordinated policy initiatives across health, education, gender, and housing, in a broad and inclusive process of reform driven forward by an engaged and mobilised civil society.

Given that the majority of hungry people are smallholder farmers or landless rural workers, agroecology has been endorsed by De Schutter and others as having the capacity to “double food production in entire regions within 10 years while mitigating climate change and alleviating rural poverty”.

By combining the experiences of local farmers with scientific insight, agroecology aims to mimic natural ecosystems with a focus on crop diversity and the reuse of resources. Improved soil fertility and water management are just some of the environmental and agricultural benefits that have been recently summarised on The Conversation.

What we want to draw attention to here is how agroecology is being integrated into a broader social and political movement striving for major changes in world food systems.

Agroecology aims to share knowledge and resources among farmers to increase their independence and sustainability. This is why the self-described international peasants movement, La Via Campesina, incorporates agroecology as a central pillar of its vision for food sovereignty.

Food sovereignty calls for communities to have a much greater say over their food and agricultural systems by reducing excessive corporate control of food production and distribution.

These principles have been enshrined in the constitutions and laws of several countries including Ecuador, Nepal, Mali, Bolivia, Venezuela and Brazil; and at a local level in several counties in Maine and elsewhere in the US.

La Via Campesina and its allies also have a strong presence in the new civil society mechanism of the reformed Committee on World Food Security of the Food and Agriculture Organisation, which is emerging as an alternative to to the corporate-dominated G8 initiatives in global food governance.

Over 500 participants from 88 countries, including (for the first time) Australia, recently attended the sixth international La Via Campesina conference. The outcome was a new declaration, representing 183 peasant and family farmer organisations, the “Jakarta Call”.

Food and agriculture are at a crossroads. In this country both major parties have thrown in their lot with the biotech industry and the warmed-up concept of the “northern food bowl” which is both unrealistic and dangerous. Meanwhile our horticultural and food manufacturing industries continue to bleed farmers and workers dry, pushed by our government’s blind faith in free trade ideology. It’s time for some fresh thinking in this critically-important area. The world’s poor may just have something to teach us.