Is it time to unlock biotech patents? 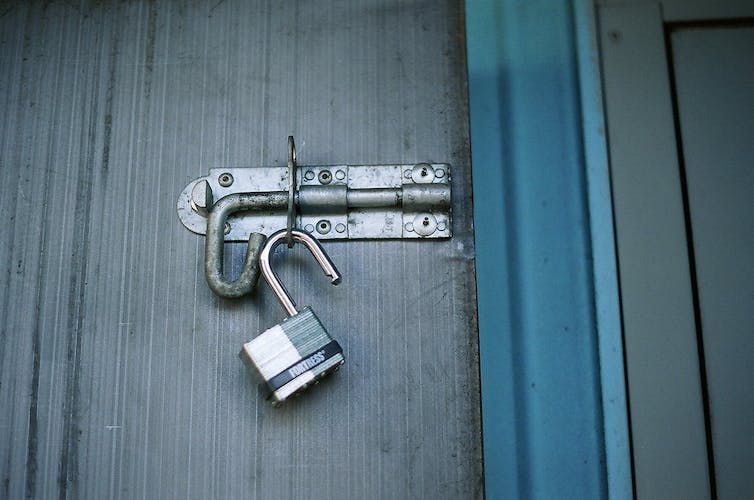 Biotech patents are worth big money, so companies would fiercely resist a compulsory licence. sam d

We’re in for another round of the biotech patent wars, with announcement the Productivity Commission will inquire into the compulsory licensing of patents. If adopted, compulsory licensing could increase public access to patent-protected diagnostics and therapies, and foster research that has been inhibited by “patent thickets”.

Biotech is the future. It’s about money – potentially very big money. It’s also about saving lives, whether from an early death or from discomfort and disability. The inquiry represents an effort to achieve a balance between public and private goods in a way that is consistent with Australia’s international obligations.

How does the patent process work?

The global biotech economy is founded on the interaction of research and patent law. That law enables patent holders – individual researchers, academic institutions, investors, pharmaceutical giants – to exclude the unauthorised use of an “invention”.

In order to gain protection under Australia’s Patents Act and equivalent overseas legislation, that invention must have some degree of originality. The law accordingly protects innovative ways of doing things, devices and formulations. It does not protect facts or what is obvious and what is naturally occurring.

One consequence is that you cannot patent a human being. Another is that there is debate – often passionate debate – about the validity of attempts to patent parts of the human genome or uses of the genome in, for example, the diagnosis of cancer.

The ability of patent holders to legally exclude the unauthorised use of their invention means that the holders can sell the invention, licence the invention on a commercial basis (to generate ongoing revenue) or simply sit on the invention (so that it’s not used by anyone).

Although data is sketchy, many patent holders charge what they can get for use of the invention, meaning some pharmaceuticals and medical tests are expensive, at times prohibitively so. Other holders will discourage competition or, more egregiously, extort revenue by acting as “patent trolls” (threatening to litigate over purported infringement of their rights under patent law).

What would a compulsory licence mean?

The compulsory licence is one response to what critics see as a serious market failure. In essence, the licence overrides the patent holder’s ability to exclude others from using the invention.

The licence doesn’t involve confiscation of the patent, with the holder losing all rights and forgoing all revenue. Instead, the entity using the invention under a compulsory licence typically provides the patent holder with revenue that’s less than the market rate, which may not be commensurate with the investment required to develop the invention.

The Productivity Commission inquiry is to take nine months. It follows recent changes to Australian Law through the Raising The Bar Act, promoted as modernising and simplifying the Australian regime in a way that balances the interests of intellectual property rights holders and users.

Both reports claimed biotech patent holders were denying the Australian community ready access to diagnostic tools and therapeutic tests, such as tests for breast cancer. They also claimed that under Australian law, patenting of the genome cannot be valid because information about the genome is obvious and factual, rather than an invention. Nor should it be validated, giving investors a monopoly on isolated genes.

Proponents of biotech patents have typically responded that protection results in social goods – patents foster the investment needed for the advancement of medicine. And if specific patents involve “overreaching”, that failure can be resolved using traditional litigation, with courts denying protection to patent claims that are overly broad or simply nonsensical.

Those proponents are likely to be wary about the Productivity Commission inquiry. The Commission – better funded than the ALRC, which has been recurrently cut – is a bastion of economic rationalism. It’s a foe of government intervention in the market and, more broadly, of regulation. Unlike bodies such as IP Australia (the Patent Office) and the Advisory Council on Intellectual Property (ACIP) it has historically not been a fan of patents and other intellectual property.

Scope of the inquiry

The Commission’s terms of reference are not restricted to biotech and, in principle, cover compulsory licensing of all inventions. But gene patenting is mentioned several times in the scoping document.

We can read the inquiry as an attempt to come up with recommendations that offer a middle ground between conflicting claims about the sacredness of private property and the necessity of commercial incentives in an era where governments are cutting support for research, a religious distaste for patenting God’s handiwork and arguments that the genome involves facts, not inventions, and therefore falls outside patent law.

That middle way may see the government reform the law and explicitly allow gene patents, thereby removing the uncertainty that’s vexed some investors (and many law students), but allow compulsory use for public health reasons. In an era where the patent-protected life sciences are increasingly important, that would be a positive outcome.

Bruce Baer Arnold, Assistant Professor, School of Law, University of Canberra .This article was originally published on The Conversation. Read the original article.

From student to start-up – how a PhD can boost...